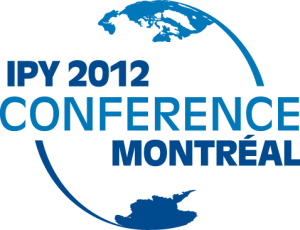 It’s hard to overstate the importance of Arctic research to Canada. Of our over 250,000 kilometers of coastline, over half of it is in the Arctic. A quarter of the total Arctic territory lies within our borders. And given that the earth’s polar regions are experiencing the effects of climate change faster and more dramatically than anywhere else, it’s only right that we should be at the forefront of scientific efforts to understand what’s going on. This week, those efforts were on display in a big way, as over two thousand researchers from around the world gathered in Montreal to share results from the International Polar Year 2007-2008 (IPY).

The IPY has a venerable tradition, stretching back well over a century to 1882-1883. Collaboration across borders has always been central to science, and IPY was based on the idea that an internationally co-ordinated approach to polar exploration would benefit everyone. Throughout history, there have been four IPYs, the latest held in 2007-2008, timed to coincide with the 125th anniversary of the first. It took four years for the data to be analysed, cross-checked and peer-reviewed, but now it’s finally ready to be shared with the world.

The fact that the IPY 2012 conference is being held in Montreal is no accident. Although Canada has always been a participant, this time around we really stepped it up, spending over $150 million on a bevy of scientific projects. Perhaps the most significant – our flagship if you will – was the Circumpolar Flaw Lead System Study, which saw the research vessel CCGS Amundsen travel to the southern Beaufort Sea, near the Amundsen Gulf. In this area there is a formation called the Cape Bathurst polynya, or flaw lead, from which the study takes its name. A polynya is an area where mobile sea ice pulls away ice frozen to the coast, leading to a year-round patch of open water, ideal conditions for scientific exploration.

One of the most important figures in the study was David Barber, a professor in the Faculty of Environment, Earth, and Resources at the University of Manitoba, where he holds the Canada Research Chair in Arctic System Science. “It was a mammoth undertaking: the largest IPY project in Canada, and probably the largest one in the world,” said Barber when I reached him on the phone during a short break in the conference. “At any one time we had 40 scientists and 40 crew members on the ship, and we rotated them every six weeks. Trying to exchange 160 people in the middle of the Arctic Ocean can be a heck of a challenge, especially in the fall when the ice is just starting to form, and storms are common. But it was something we really wanted to do because nobody had ever done it before”

Over the course of a year, over 350 scientists from 27 countries rotated through the Amundsen. They measured everything they could, from plankton abundance to the chemical composition of snow. Inuvialuit elders were frequent guests on the ship, and their traditional knowledge was used to guide research. Barber recalls an episode in which, acting on the advice of these elders, the science team located an unexpected grouping of beluga whales during an aerial survey. “The physical oceanographers thought it could be an upwelling of nutrients. These happen periodically, but only for a short period of time when the wind happens to be blowing in the right direction. So we moved the ship over there, and for the first time ever, did a full sample of an upwelling event in real time. We measured everything: what was sedimenting out on the ocean floor, what the water column looked like, what the nutrients levels were, and how the wind forcing created the upwelling. That little event completely incorporated everybody, and the fun part about it was that the beluga had told us where to go.”

This week at IPY 2012, Barber and his colleagues published a summary of their findings in a colourful book aimed at the general public, called “On the Edge: From Knowledge to Action during the Fourth International Polar Year Circumpolar Flaw Lead System Study (2007–2008).” But that (if you’ll excuse the pun) is just the tip of the iceberg. The conference itself featured over 1800 posters and talks by researchers from around the world. In my next post, you’ll meet two of those researchers, but in the meantime you can check out plenty of others via FrostBytes; short YouTube videos designed to help the public understand individual research projects. There’s plenty of interesting material on the conference website, including video of the keynote lectures. And the Canadian Polar Commission has released an excellent and readable summary of many key IPY findings.

I have to say I’m impressed with the focus on sharing information with the public, especially given the rumours about government minders being sent to make sure scientists stay ‘on message’. But as Barber says, openness and participation are part and parcel of the spirit of IPY. “The theme of this conference is ‘From Knowledge to Action’,” he says. “It’s fine if the scientists understand all of these things, but how does that help policy-makers do development sustainably in the Arctic? You need science to help make those decisions, and you need to make that science accessible to the general public.”

This site uses Akismet to reduce spam. Learn how your comment data is processed.